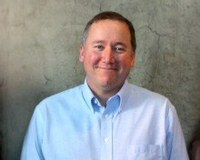 Foods for Health Institute researchers are part of a $9 million grant from the Gates Foundation which attempts to address infant malnutrition in developing countries.  The grant includes multiple components and involves the coordination of researchers from many universities, including UC Davis. Foods for Health Institute-affiliated researchers have been selected to investigate whether molecules from cow’s milk can help to protect children from the devastating effects of intestinal diseases, in the same way that breast milk often does.

The Gates Foundation has long been interested in public health and helping children in developing nations. A particular focus is on children aged 0-5, which represents a risky time in a child’s life when they are vulnerable to intestinal diseases caused by environmental factors, known to scientists as environmental enteropathy. These intestinal diseases can lead to infant mortality, and when combined with malnutrition, stunt the developmental progress of many children.

Researchers have noted that many children in the developing world are less affected by these diseases when they are breastfeeding, but that their health status is negatively impacted when they stop consuming their mother’s breast milk. Drinking local water and eating local foods that might be contaminated put the child at serious risk for disease. How then, might researchers extend the protection of breastfeeding for children even after a mother has stopped? How can particular foods help children develop stronger immune systems capable of fighting off disease? As part of this grant, Dr. Dave Mills’ lab and other Foods for Health Institute-affiliated researchers will work to identify foods that enable kids to protect themselves against environmental enteropathy, which in turn, allows the child to survive and thrive through the challenging period from ages 0-5.

When Dr. Jeff Gordon, a distinguished professor at Washington University in St. Louis and leader in gut microbiology, was tasked by the Gates Foundation to create a translational pipeline to test the patterns he had discovered around environmental enteropathy, he turned to Dr. Dave Mills in UCD’s Department of Viticulture and Enology. Dr. Mills has been examining the intestinal protective qualities of milk molecules known as oligosaccharides (or complex sugars) for many years in collaboration with members of the FFHI’s Milk Bioactives and Functional Glycobiology Programs. Dr. Mills was already part of a charter grant from the Gates Foundation to research the effects of bovine milk oligosaccharides, and before the results of the charter grant were even in, the Gates Foundation recommended that Dr. Gordon incorporate him into this years-long multidisciplinary grant.

The Gates Foundation wants to deliver solutions to the problem of childhood malnutrition and as a result, research would need to be done in order to determine which foods offer the best protection against environmental enteropathy. While Dr. Gordon was able to identify the problematic bacteria that cause problems in children’s digestive tracts, he needed to offer a food product that he could test and deliver to the Gates Foundation as a possible solution. This is where the innovative research at UC Davis comes into play. FFHI researchers, including Dr. Mills’ lab, have been investigating the function of beneficial bacteria in the gut – bacteria that aid in the digestion of food, the absorption of nutrients, and the protection from pathogenic bacteria.

Dr. Mills notes that it is important to pull these molecules from existing foods, or foods that people are already eating, so that the research can quickly translate to real measureable human impact. Milk is abundant in many environments, and offers a complexity not found in plant environments. While researchers are aware of the beneficial effects of breast milk on infant development, there is not enough breast milk to use in large-scale research.  The task for Dr. Mill’s group is to identify which structures in bovine milk would mimic the protective functions of breast milk and then to offer those as candidates for testing by Dr. Gordon’s lab. Once this highly-collaborative and multi-disciplinary work moves onto human trials, then researchers will be able to clearly distinguish the beneficial effects, in vivo, of these molecules in the gut.

Dr. Mills humbly points out that although he is the principal investigator for this grant at UC Davis his work is not the only unique contribution that the Foods for Health Institute can offer to the larger Gates Foundation Grant. The Milk Bioactives and Functional Glycobiology Programs rely on the expertise of Dr. Carlito Lebrilla, who has developed amazing tools with which to analyze the milk oligosaccharides, Drs. Bruce German and Daniela Barile, with their expertise in separating bioactive components from milk, Dr. Jennifer Smilowitz, who runs the UC Davis Lactation Study studying the breast milk and infant gut microbiota of healthy mothers and infants, and Dr. Kay Dewey, who operates studies in Africa in order to acquire adequate and appropriate samples from malnourished mothers and infants. UC Davis is positioned as a vital and unique piece of a Gates Foundation Grant that calls upon some of the most exciting and well-regarded scientists in the country to work towards alleviating the suffering of children who experience preventable diseases that are exacerbated by malnutrition.

Read more about the supporting roles of the Foods for Health Institute researchers in this larger grant and learn more about Dr. Dewey’s work with African mothers and infants through her iLiNS Project.