The Milk Group is a collection of Foods for Health Institute affiliated faculty, researchers, and students interested in the properties of milk. The Milk Meetings are designed to showcase research from the Milk Group, related work across the UC Davis campus, and from visiting scientists working with milk. Dr. Bruce German opened the meeting by reminding the group that for humans, drinking bovine milk has had a great impact on our genome throughout our co-evolution with cattle, primarily due to the persistence of the lactase enzyme through adulthood. In the past, those who were able to consume milk as adults had a valuable and nourishing asset in their diet that allowed them to grow taller, leaner, develop stronger bones, live longer, and potentially be more attractive to mates.

Dr. German explained that milk is a food which has evolved with huge evolutionary pressure to be highly nourishing. The Foods for Health Institute plans to launch the Mother’s Lactation Milk Project to give mothers personal knowledge of the composition of their milk and learn how various components of milk can improve human health.

After Dr. German's introduction, the Milk Meeting proceeded with a trio of presentations from FFHI graduate students. Nickolas A. Bokulich, a Ph.D. student in Dr. David Mills’ lab, presented a talk titled "Microbial Landscaping in the Neonatal Intensive Care Unit and Dairy Processing Facilities." Bokulich took his research to local hospitals, where one important venue for this type of research is Neonatal Intensive Care Units (NICU). Bokulich concentrates on analyzing and quantifying bacterial and fungal communities.The immune system of preterm and sick infants is often underdeveloped leaving them vulnerable to various infections from not only pathogenic organisms, but also commonly found commensal organisms.

In collaboration with Dr. Marc Underwood at the UC Davis NICU, Bokulich sampled many common surfaces including items that come in direct contact with infants. He also sampled places that may be a reservoir for microbes like telephones, hand sanitizers, and door handles near nurse’s stations. Samples were collected before and after cleaning procedures over the course of four weeks in order to better understand how sanitation changes the microbial communities found in hospitals. Indeed the results showed that cleaning not only significantly reduced the number of microorganisms, but also shifted the microbial communities from potentially pathogenic microbes to generally more benign microbes.

Bokulich's research also has an international aspect. In Armenia, Bokulich studied the national fermented yogurt drink, matsoni. Matsoni can be made out of any milk including cow’s milk or colostrum, and is often made from sheep, goat, donkey, or water buffalo milk. A portion of the last batch is used as a starter to ferment the next batch. The microbial communities present in each sample of matsoni varied based on the substrate and geographical location where the sample was collected. Sheep and cow colostrum showed the greatest diversity. 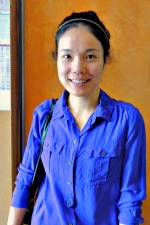 Huang stated in her presentation that “this is a promising new method for absolute protein concentration in milk and this platform has been optimized for large sample sets with it’s high-throughput.” The proteins of particular interest in this study include milk proteins lactoferrin, IgA, alpha-lactalbumin, IgG, IgM, antitrypsin, lysozyme, and caseins. By identifying the levels of proteins found in the mother’s milk and in the infants feces and urine, researchers can identify which proteins are used by the body and which ones remain intact and are excreted. This research has many applications including quantifying the difference between term delivery and preterm delivery milk. 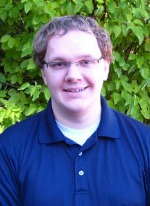 Lastly, Ph.D. student Zachery Lewis offered a brief presentation on the research tool Mendeley. Lewis explained how this citation manager allows users to organize, annotate, search, and highlight pdfs, and also create citations. Articles can be stored on 2 gigabytes of online storage space. Best of all, the library can be accessed from any computer and even mobile devices. Mendeley.com also allows users to create profiles and network with professionals, collaberate, and share ideas. Mendeley has the capabilities of EndNote, LinkedIn, Adobe all in one place and is free. Adopting the same reference manager provides collaborating researchers with the added benefit of seamlessly sharing libraries and references. Lewis encouraged interested researchers to visit mendeley.com to sign up for the service.

The three talks presented at this year’s final Milk Meeting capture the array of interesting projects within the Foods for Health Institute. The presentations introduced new tools, tested novel methods, and represented trans-national work in the field of human health. The Milk Group meetings continue to bring together an interdisciplinary group of researchers to share their work on the role of milk in promoting human health. The series will continue in Fall of 2013.