Science with Promise: Working Toward Improving the Health of Children through a Gates Challenge Grant 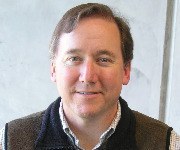 According to the Food and Agriculture Organization of the United Nations, a child dies of malnutrition every six seconds; those who don’t die can suffer from devastating effects on physical and mental development. Says Dr. Mills, “Child health and nutrition deteriorates rapidly after breastfeeding cessation.” Developmental deficits, malnutrition, immune problems and illness follow after weaning in developing countries.

It is this consistent trend – good health for children until weaning, and a steady decline afterwards – which struck Dr. Mills. Human milk is a complete food for young infants, providing both nourishment in the form of calories and nutrients, but also protection from disease in the form of a suite of bioactive molecules such as immunoglobulins and oligosaccharides. Oligosaccharides are complex sugars that are not digestible by humans; instead, they pass intact through the digestive system all the way to the large intestine. Human milk is full of these indigestible molecules, with oligosaccharides being the third most abundant component of breastmilk after lactose and fat.

Why would breastmilk be full of molecules that the infant can’t even digest? “One popular theory is that they act as pathogen decoys,” Dr. Mills says; many milk oligosaccharides resemble the oligosaccharides on the surface of gut epithelial cells, and this may serve to confuse pathogens into binding the sugars and being flushed from the body.

More recent research undertaken by Milk Bioactives and Functional Glycobiology Program researchers indicates that they also have an important role in enriching the population of probiotics, beneficial bacteria inhabiting the gut. Dr. Mills, a microbiologist, in collaboration with, analytical chemist Dr. Carlito Lebrilla, and food scientist and nutritional biologist Dr. Bruce German, has been pursuing the specifics of this unusual discovery ever since.

The next undertakings of the group are largely mechanistic. “There are three parts to the project,” says Dr. Mills. Step one involves an industrial partnership to determine whether beneficial oligosaccharides can be isolated. Step two involves clinical trials of the isolated mixture, determining whether it improves immune response to infection. The third step aims to determine how various mixes of oligosaccharides affect probiotic populations.

This information will then be used to modulate gut microbiota. “The advantage of a food solution is that you can immediately translate,” says Dr. Mills. “Rather than spending 40 years in clinical trials, if we find something in bovine milk, we can apply it instantly.” The speed of application makes supplementation a strategy with great potential to at least make a dent in malnutrition in young children, rather than letting years of physiological and neurological damage occur while a cure is developed.

What has contributed most to Dr. Mills’ success? “We have a great multidisciplinary team,” notes Dr. Mills; the interdisciplinary collaborations of the Foods For Health Institute have been instrumental in allowing work to be done more immediately, and with many different scientific perspectives. As these principles are applied to world problems, there is much hope that, though a complete solution may be far away, help is not far off.