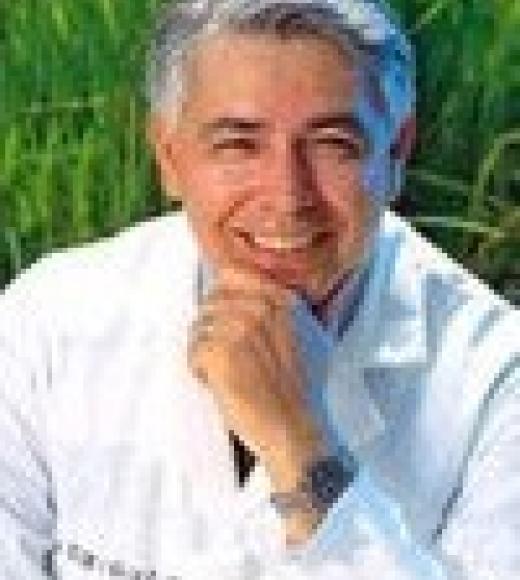 Dr. Rodriguez is a professor in the Section of Molecular & Cellular Biology at UC Davis. He graduated with a B.S. in Biology from Fresno State University I 1969. As a graduate student with Professor Cedric Davern at U.C. Santa Cruz, he provided the first autoradiographic proof for bidirectional DNA replication of the E. coli chromosome. Dr. Rodriguez received his Ph.D. in Biology at UC Santa Cruz in 1974. As an A.P. Giannini Foundation Fellow, Dr. Rodriguez received postdoctoral training in the laboratory of Herbert W. Boyer at U.C. San Francisco Medical Center from 1974-1977. While at UCSF, Dr. Rodriguez developed technologies that now serve as the foundation of the modern biotechnology industry including, the construction of the multipurpose cloning vector pBR322. Dr. Rodriguez joined the faculty at U.C. Davis in 1977 and is actively involved in research and teaching at the undergraduate and graduate level. In 1988, Dr. Rodriguez was a Distinguished Visiting Professor in the International Center for Biotechnology at Osaka University, Japan, and in 1991, he was a Visiting Scientist with the Human Genome Project at the Lawrence Livermore National Laboratory where he cloned and mapped genes on human chromosome 19. Dr. Rodriguez also founded and chaired the International Rice Genome Organization from 1989 to 1992, a group that helped lay the groundwork for the rice genome sequencing project. In 2000, Dr. Rodriguez co-founded the Laboratory for High Performance Computing and Informatics in the Section of Molecular and Cellular Biology at UC Davis and in 2003 he became director of the NIH Center of Excellence for     Nutritional Genomics. Dr. Rodriguez is a member of numerous scientific organizations and committees and he has served as an advisor to the NIH since 1988. He currently serves on the Advisory Council for the National Center for Minority Health and Health Disparities at the NIH. He has published numerous articles and books on genetic engineering and biotechnology and currently holds 16 biotech patents.

Metabolic Regulation of Gene Expression During Seedling Development
Over the past decade, we have investigated the role of sugar metabolites on early seed development. Early seedling development is associated with the massive breakdown of stored starch by enzymes such as alpha amylase and beta-glucanase. A model for how sugars control early seed gene expression is described by the Metabolite Signal Hypothesis. The most notable feature of the Metabolite Signal Hypothesis is the repression of alpha-amylase gene expression by mono and disaccharides such as glucose, fructose, maltose and sucrose. In recent years, we have exploited the concept of metabolic regulation of alpha-amylase gene expression to develop a plant cell gene expression system that permits the over-production of foreign proteins in rice cell culture. Cultured rice cells (including micro-calli) have been used to produce a variety of medically important human proteins such as human alpha-1-antitrypsin, human lysozyme and human lactoferrin.

Expression and secretion was achieved by placing the genes for these human proteins under the control of the rice alpha-amylase, 3D promoter and signal peptide. These gene/promoter constructs were introduced into rice tissue via particle bombardment. After selecting for transformed rice calli, cell cultures were established. Removing sucrose from the culture medium induces expression of these gene/promoter fusions. Upon characterization, all proteins were found to be processed and posttranslationally modified and fully functional. These accomplishments now make it possible to use plant cell fermentation as a production system for scarce and expensive pharmaceutical proteins. We have now extended our studies to include the molecular events surrounding early seed development. We are particularly interested in molecular mechanisms controlling the switch between cell division and cell expansion. In most seeds, cell expansion is accompanied by extensive DNA endoreduplication  of the cellular genome. We believe a small 43 amino acid peptide, expressed early in seed embryogenesis, is responsible for the switch from cell division to cell enlargement.